The cell, or rather the “core assembly line”, designed and built to compose large cores, includes the manual pre-positioning of 5 small parts, picking up by a robot of two “basic cores” leaving the dryer oven, assembly by robot of two complete cores and the depositing of cores in dedicated baskets to carry them to the three-level palletiser ready to be taken as needed.

Precision during assembly with a small margin of error.

A zero-gravity manipulator for the 5 core parts is synonymous with ergonomics design.

The temperature can exceed 40°C; this means that the electronic devices inside electrical panels must be adequate and therefore carefully studied and calculated.

Being a very dusty environment, dust is a daily issue, forcing us to protect every device, especially the most delicate ones: pneumatic valves, light curtains, laser sensors and vision systems.

Making a new system work that has never been tried before is without a doubt one of the most rewarding aspects.

But I would add that in this part of the world the satisfaction of seeing a finished project is not limited to the thought of “taking home” an approval that is undoubtedly very important, but it is above all the happiness and the desire to celebrate that is evident in the eyes of our Mexican colleagues. 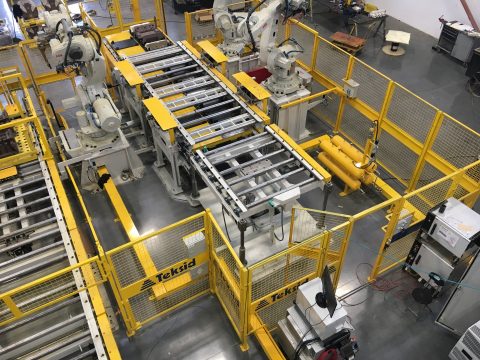 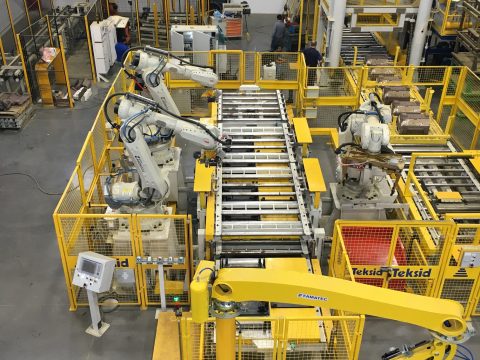 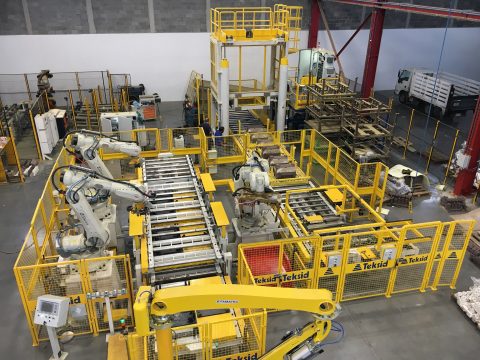 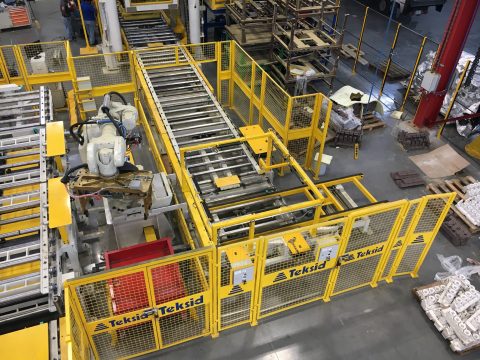 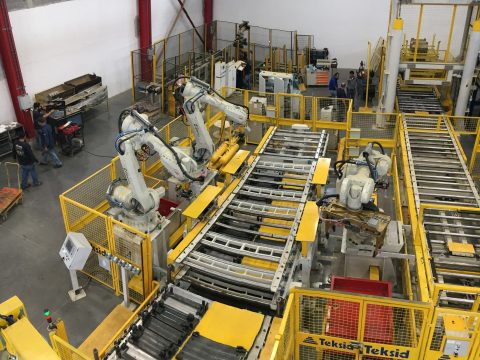