In 2014 we were contacted by one of the leading foundries worldwide to participate in the construction of a new production point in Russia where the square meterage available to build the system was very limited, 109m3, while it would be necessary to produce many pieces, 15 pieces, using a die-casting machine, of cylinder heads for Volkswagen!

With our philosophy of ModulArt gravity casting we were able to find a very interesting configuration in which we combined a ModulArt beam with the mold assembly gantry / casting gantry / unloading robot + 2 crucible furnaces + 1 degasser + 1 core load conveyor + 3 die-casting machines + 10 pre-cooling stations + core breakage + cast cutting and offload into a cooling tunnel, the latter also very innovative, but this is another story.

Having defined the lay-out with the customer which, it should be pointed out, was extremely tailor-made, the first two casting lies were supplied and thanks to optimisation of the spaces it will be possible to install another two lines.

The customer was very satisfied with the fantastic result obtained and above all because we satisfied the targets of optimisation of space and of the high productivity required. 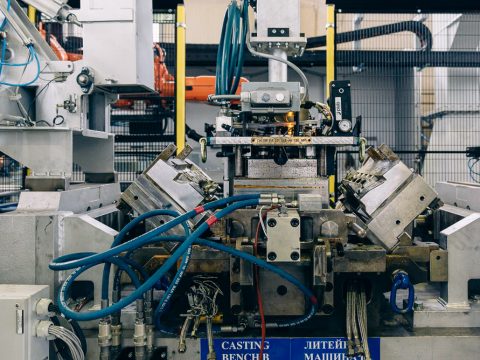 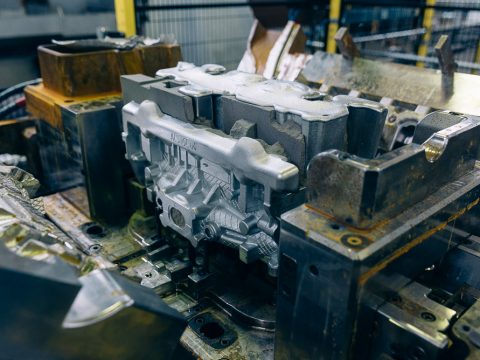 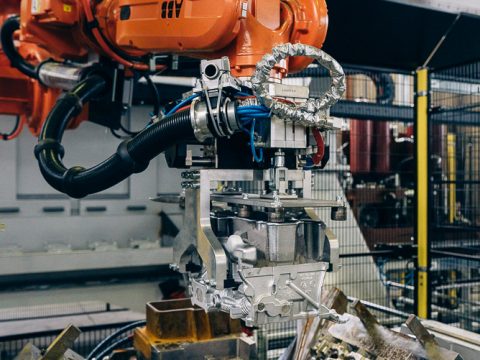 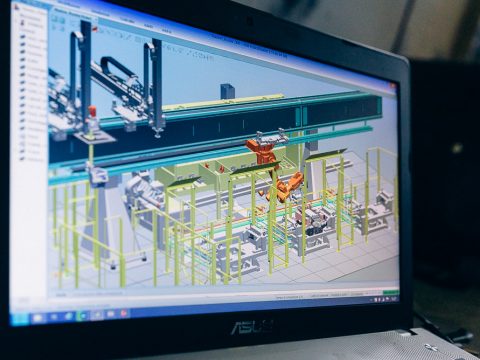 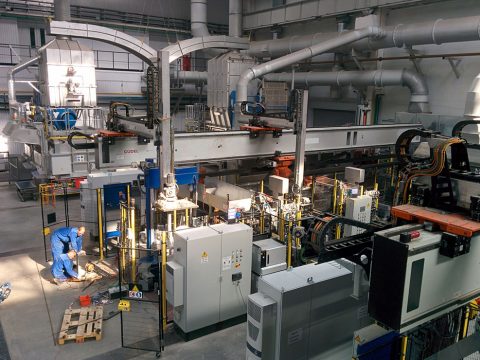